Recently, a company called Endless West released a “molecular whiskey”. The name comes from the idea that whiskey can be created just by adding molecules that attempt to replicate common flavor profiles. While this idea seems reasonable on the surface, it’s much much more complicated in practice.

Back in graduate school I became interested in whiskeys. My first favorites were Caol Ila and Laphroaig, but I wasn’t really that particular. I started collecting Friends of Laphroaig points and got a Laphroaig beanie. I just checked and I still have 110 points left (that means I registered at least 20 bottles of Laphroaig!) I drank Jameson, Knob Creek, Maker’s Mark, Jim Beam, Jack, Oban, Glenlivet, and Glenfiddich. I have had Cutty Sark and Pappy VanWinkle, and when I was growing my startup with no money in the bank, I drank Bulleit Burbon from 1.75L bottles. I also went through a few months where I was into Woodford Reserve, but that ended almost as abruptly as it started. I traveled to the UK and Scotland and visited scotch whiskey distilleries. I have tried a number of Japanese whiskeys, and even distilled my own moonshine. I have drank countless more not listed. Suffice it to say, I have a pretty good idea of what makes a good whiskey and bad one.

How do we compare Glyph to other whiskeys though? I think we first need to ask: What makes a good whiskey? This is hard to say because everyone’s palate is different. Some people don’t like the peaty smokey Caol Ila and others enjoy the bite of Glenfiddich. Fortunately, in my whiskey journey I have landed on a personal favorite:  Bruichladdich Classic Laddie. I have yet to find someone who thinks Bruichladdich tastes bad. This whiskey benefits from not having any overpowering flavor, it lacks bite and is unpeated, and it has a creamy finish on the palate. The website Distiller.com has a good graph showing the flavor profile if you are interested. The price difference between Bruichladdich ($40-$50) and Glyph ($40) is minimal, so these represent a fair comparison. Go buy yourself a bottle of this along with Glyph for a healthy comparison.

Before, I get into my experience with Glyph, I want to say that I’m not a sommelier so don’t expect me to smell and taste crazy shit like grass clipping and hints of Washington apple. I am a whiskey drinker so my experience is based solely on enjoyment.

The color of Glyph is slightly lighter than most whiskeys and may or may not be artificial. In order for Glyph to be called a whiskey it needs to contain at least 5% of distilled clean whiskey. Though to be fair apparently other whiskeys can also add artificially color.

The nose is very one-noted. Mostly, I smell a strong hit of what smells like distilled ethanol from the lab I work in, that is different from normal whiskeys. There is also a slight citrus note, but it is very subtle. The lack of malt is disappointing. The malt gives many whiskeys like Bruichladdich that caramel sugar smell, and I didn’t get much of that here.

The flavor is pretty clean, with a strong woody/amaretto bite. The problem is that the woody taste gets old fast and tends to build up after only a few sips. The whiskey is not particularly complex, and any other intended flavors are too subtle for my palate. Glyph lacks a sweetness seen in Bruichladdich. Again, it really lacks that malt that I love so much in whiskeys, which for me counts as  a big strike against it. Bruichladdich has the sweet caramel malty goodness that is imparted by mash and also the barrel ageing process. In Glyph the wood flavor tastes very artificial and has none of the good stuff like caramel.

I might choose this whiskey over drinking Jim Beam or Jack straight, but I don’t think it is comparable. Even on the level of the $20-$30 bottles like Jameson, Bulleit and Makers, this whiskey seriously lacks the maltedness that comes from using mash.

I commend Endless West on trying to make a molecular whiskey. But I think they need to get some people who drink whiskey over there, because it really doesn’t taste like one. 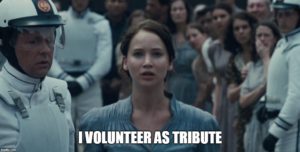